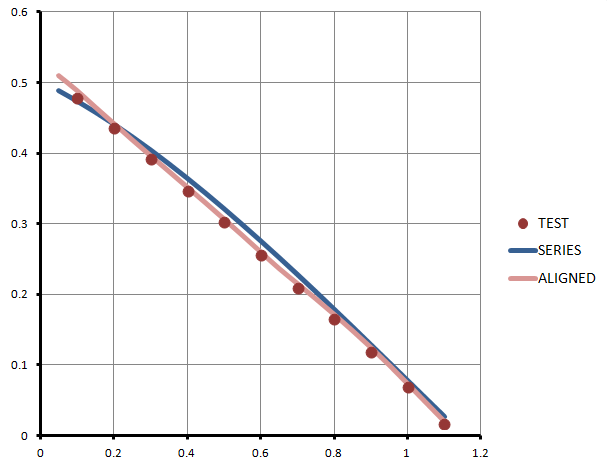 This article has been reprinted with permission from the October/November 2020 issue of Marine Propulsion & Auxiliary Machinery.

Successful vessel performance outcomes don’t happen by accident. They start with the analysis of a complete Vessel-Propulsor-Drive system model, and specifically one that that faithfully reflects the “in-the-water” function of the system’s components. And given that the Propulsor is the central element that connects the potential of the Drive with the demand of the Vessel, properly modeling a propeller is critical to a proper understanding of overall system performance, determining efficiency and engine load, analyzing cavitation and blade area requirements, as well as predicting the environmental impacts of fuel consumption, GreenHouse Gas emissions, and even underwater noise.
While propeller performance can be predicted using many different approaches, for system-level studies the “heavy lifting” is still conducted with parametric propeller performance calculations such as those found in NavCad. These are often referred to as 1D calculations, reflecting their use of individual “whole propeller” parameters, such as a parent blade style, diameter, pitch, blade area, and blade count. (Higher order calculations that take into account local shape characteristics include 2D wake-adapted calculations such as PropElements, as well as 3D RANSE CFD calculations or other specialist propeller codes.) Parametric methods are based on the dimensional analysis of the thrust and torque coefficients (KT-KQ) from model tests, and are collected, of course, into what we call propeller “series”.
Each series has a single common parent blade style, with ducted propellers also having a shared nozzle style. There are many published series, but a few of the more popular are B Series, Gawn AEW/KCA, AU/MAU, and the Kaplan Ka/Kc ducted propeller series. Most published series were actually developed decades ago, which presents the conundrum – how can we use these series to faithfully model today’s contemporary propellers?
There are a number of strategies that can be applied to ensure that the relationships between speed, RPM, thrust, and power are properly represented in the Vessel-Propulsor-Drive system analysis. So let’s first discuss how contemporary propellers differ from traditional propeller series, and we will use the well-known B Series for reference (Figure 1).

Contemporary propellers depart from the traditional series in a number of ways.

So, how do we respond to these differences between contemporary and series propellers? How can continue to use traditional series appropriately? Well, there are three principal approaches utilized in NavCad, for example, to achieve this objective – a) analytical corrections, b) rudimentary KT-KQ correction factors, and c) alignment to model test data or computations from higher order codes.

In summary, ensuring the highest fidelity in Vessel-Propulsor-Design system analysis requires proper modeling of the propulsor. For marine propellers, traditional propeller series can be effectively used when appropriate attributes, corrections factors, or series alignment is applied.

AUTHOR BIO
Donald MacPherson is Technical Director of HydroComp, Inc., a research consultancy specializing in applied hydrodynamic and propulsion system simulation. Widely regarded as one of the industry’s foremost experts in analytical prediction methods for the performance of marine vehicles and propulsors, he oversees all software product development and is principal investigator for engineering services. A graduate of Webb Institute, Don is a Fellow of the Society of Naval Architects and Marine Engineers, and member of its Propeller Hydrodynamics and Underwater Noise panels.